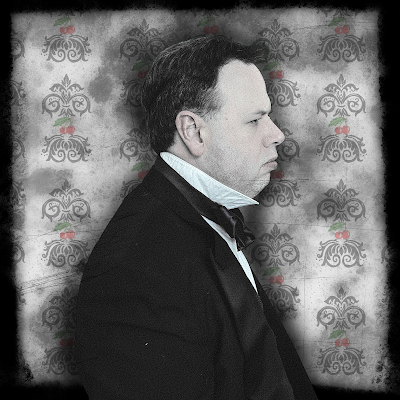 Zachary Taylor, our nation's twelfth president, only held that position for less than a year and a half. As such, his presidency ended up being of little consequence.

Cherries have often been a symbol of Presidents' Day due to the story of George Washington and the Cherry Tree that first appeared in Parson Weems' A History of the Life and Death, Virtues and Exploits of General George Washington. The book, filled largely with falsehoods, was one of the most influential books of United States history through the first half of the 19th century. In fact, Historian Charles M. McPherson has said that it is likely the only U.S. History Abraham Lincoln studied as a young man. The fabricated cherry tree story was shared with generations of students through its later publication in the McGuffey Reader. It goes as follows:

The following anecdote is a case in point. It is too valuable to be lost, and too true to be doubted; for it was communicated to me by the same excellent lady to whom I am indebted for the last. "When George," said she, "was about six years old, he was made the wealthy master of a hatchet! Of which, like most little boys, he was immoderately fond, and was constantly going about chopping everything that came in his way. One day, in the garden, where he often amused himself hacking his mother's pea-sticks, he unluckily tried the edge of his hatchet on the body of a beautiful young English cherry-tree, which he barked so terribly, that I don't believe the tree ever got the better of it. The next morning the old gentleman, finding out what had befallen his tree, which, by the by, was a great favourite, came into the house; and with much warmth asked for the mischievous author, declaring at the same time, that he would not have taken five guineas for his tree. Nobody could tell him anything about it. Presently George and his hatchet made their appearance. "George," said his father, "do you know who killed that beautiful little cherry tree yonder in the garden?" This was a tough question; and George staggered under it for a moment; but quickly recovered himself: and looking at his father, with the sweet face of youth brightened with the inexpressible charm of all-conquering truth, he bravely cried out, "I can't tell a lie, Pa; you know I can't tell a lie. I did cut it with my hatchet." "Run to my arms, you dearest boy," cried his father in transports, "run to my arms; glad am I, George, that you killed my tree; for you have paid me for it a thousand fold. Such an act of heroism in my son is more worth than a thousand trees, though blossomed with silver, and their fruits of purest gold."

Although it is a charming story, there is no evidence to support it. Yet it was taught for years in school. I even think I read a version in contemporary language when I was in elementary school. That sort of myth-making definitely makes for a feel-good lesson, but real history is so much more interesting. As a teacher, I strive to give my students the truth as we can best understand it after the passage of time. It is important to draw the line between history and historical fiction if we are to prepare students to think critically and make up their own minds about our societal past, present, and future.

Why do I spend half of a blog post about Zachary Taylor talking about Parson Weems' made up story about George Washington's honesty? It is only prelude to the superior Presidents' Day story of cherries, the Washington Monument, and Zachary Taylor (no hatchets required.)

On July 4, 1850, President Zachary Taylor, sometimes referred to as "Old Rough and Ready" for his exploits in the Mexican-American War and his long career in the U.S. Army spoke at the site where the Washington Monument would soon be constructed. To beat the scorching heat of the day, he ate a large amount of raw cherries along with iced milk. Upon returning to the White House, he drank multiple glasses of water. Either bacteria present in one of the foods or the combination of acidic cherries with the milk caused severe stomach pains. Five days later, he died. His last words are reported as “I am about to die. I expect the summons very soon. I have tried to discharge all my duties faithfully. I regret nothing, but I am sorry that I am about to leave my friends.” Although he didn't say it, I bet he regretted his Fourth of July dining choices as well.

Taylor had opposed expanding slavery into the territories added to the United States following the Mexican-American War. For many years after his death, rumors grew that Southern proponents of slavery had poisoned the president. Nearly 150 years later in 1991, Zachary Taylor's body was exhumed to investigate the cause of death. Although trace amounts of arsenic were found, Tenessee coroner George Nicols concluded Taylor's death was caused by any of “a myriad of natural diseases which could have produced the symptoms of gastroenteritis.”

Although this story does not have a simple lesson about a virtue such as honesty, it is a good reminder to watch what you eat and drink, especially in areas where cholera is often present in the water (Washington, D.C. had terrible sewage problems at the time).

In addition to the fascinating story, the exhumation of Zachary Taylor makes his the only presidential skull viewable in a photo. If you want to see it, visit the site for the William M. Maples collection at Florida Gulf Coast University. That is not a presidential photo I plan to emulate.

If you need all the gory details of my long-standing Presidential portrait series: